Vincent Van Gogh’s painting The Starry Night was painted near the... 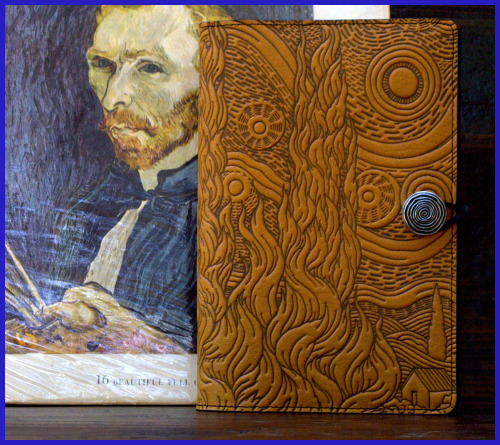 Vincent Van Gogh’s painting The Starry Night was painted near the end of his life in June of 1889. He was, at the time, living in an asylum in Saint-Remy-de-Provence, a result of extreme poor health and the mental breakdown that precipitated the self-mutilation of his own ear in December of 1888. It was during this time of being cared for that Van Gogh painted some of his most successful and well known painting including Irises and his Blue Portrait. The Starry Night depicts the east-facing view of the sky and mountains from his asylum room, and does not include the bars on the window. The town is a romanticized version and the sky depicts the sunrise. The Starry night is one of twenty-two variations of the view from his window at different times of the day and in a variety of weather conditions.