This test image of Titania, Queen of Faery, offered in teal, was... 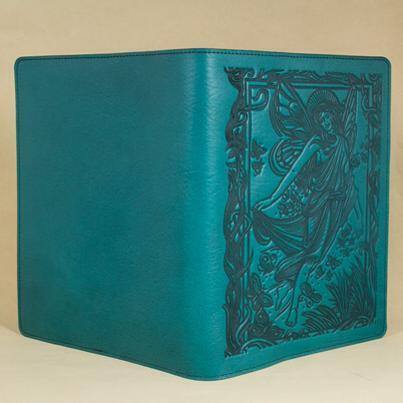 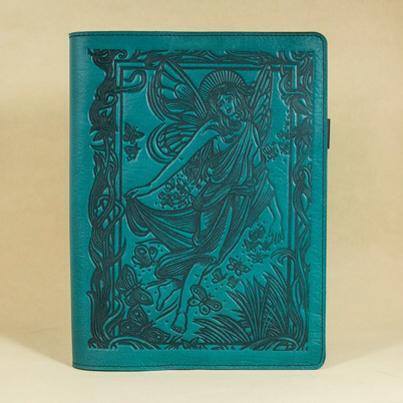 This test image of Titania, Queen of Faery, offered in teal, was created for a special project. Luckily, the plate we created fits our composition notebook perfectly. http://oberondesign.com/journal-covers/archive-specials.html

There are many scholarly contradictions about the origin of faery’s. Mythologists believe they were originally worshiped as minor deities or goddesses, such as nymphs or tree spirits. Folklorists put forth the theory that fairies, much like ghosts or spirits, live in an underworld or otherworld. Consorting with or eating the food of fairies was thought to be dangerous as one could be entranced or drugged and led to the land of Faery. One might never return or return unchanged to find all loved ones dead with the passage of time.

Religious interpretation usually explains fairies as demoted or fallen angels. Many ancient cultures, including the Celts, viewed fairies and other magical beings as a hidden race of tiny people driven into hiding by a mass invasion of humans. In his play, A Midsummer Night’s Dream, William Shakespeare created the characters of Titania, Queen of the Fairies and her husband Oberon.