The origins of The Green Man figure, a wild man with greenery... 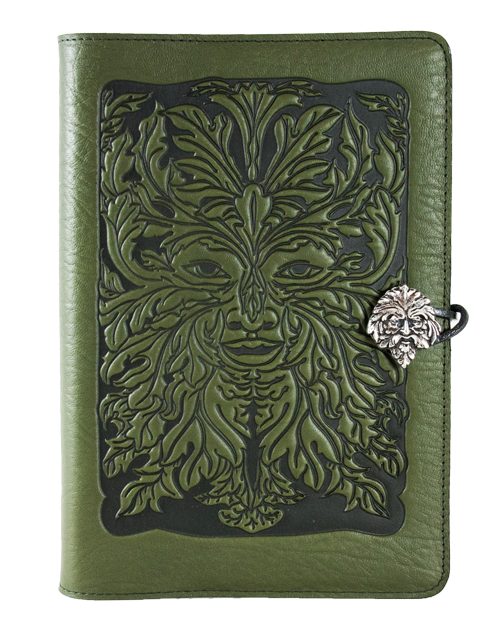 The origins of The Green Man figure, a wild man with greenery flowing from its mouth, date from the time of Roman deities, Pan, Silvanus or Bacchus.  Green Man figures are not only European but also exist in Eastern and North African cultures as well. Western association with the figure of The Green Man is connected with church architecture of the Middle Ages and May Day festivals in Britain and elsewhere. He also appears in the cultural folk lore of the British Isles under different names and guises such as Jack-in-the-Green, John Barley Corn, The Green Knight, Robin Goodfellow, the Holly King, Woodwose or Wild Man of the Woods. The best known modern interpretation of The Green Man are Ents, walking, talking tree characters in J.R.R. Tolkiens Lord of The Rings.

During the Arts and Crafts movements of 19th Century Britain and America, The Green Man was revived as an architectural and artistic motif in the production of furniture, textiles and jewelry.  As a part increased environmental awareness of the last fifty years, interest in the symbology of the Green Man has spiked in the areas of art and cultural movements associated with nature and myth.