THE HISTORY OF JOURNALING CONT…..Tree of Life Journal covers:... 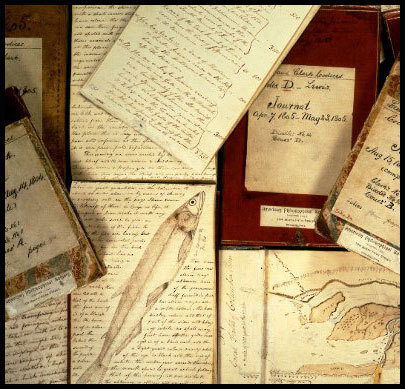 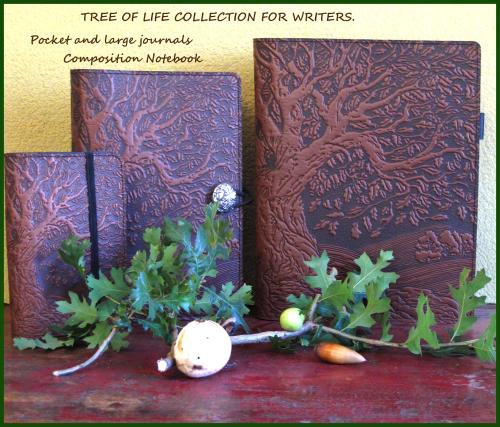 Historically, American’s enjoy a rich heritage of diarists from the journals of Lewis and Clark to the Civil War era, WWII and presidential diaries. President Ronald Reagan was a keen journal keeper, as was President Harry Truman. Presidents George Washington, John Adams and Theodore Roosevelt were avid diarists; Roosevelt kept a handy pocket diary. Thomas Jefferson, an innovative gardener and inventor kept a meteorological diary and Abraham Lincoln kept a folio of loose scraps of paper, a kind of loose leaf diary, in which he kept track of all the important thoughts and ideas needed to lead a country at war. Thomas Jefferson, who commissioned the Lewis and Clark expedition, requested journals be kept by not just Lewis and Clark but all the soldiers too, resulting in over a million words and 5,000 pages of observations of nature, geography and native peoples, all poured over by Jefferson an amateur naturalist and scientist himself. Jefferson was never without his pocket diary. In his daily entries on the ecology of estate at Monticello or on his travels, he would note his observations of nature: the migration of birds, growth of plants in his garden, geography and climate changes. His ‘pocket notebook’ was made up of ivory sleeves hinged together at the base like a fan. From this he could erase his pencil writing after having transferred his data and observations into seven large notebooks, each on a different subject.

Among many painfully moving collections of letters home and oral histories about the Civil War there are several diarists that stand out. The most well known of these is Mary Boykin Chestnut, an author who later transformed her personal diary of the Civil War era into a book. The wife of a senator and Confederate officer, she secretly held anti-slavery beliefs and portrays her inner conflict, one that divided many families during the Civil War, and the disintegration of plantation economics and society. Her book is considered the most important by a Confederate author. Her male, Northern counterpart, George Templeton Strong, was a New York attorney whose diary of the Civil War period was discovered in the 1930’s. In the order of Samuel Pepys, Templeton Strong’s diary is exhaustive in detail and provides a wonderful account of 19th century American life. His temperament and the highly quotability, personal quality of his well written and lively storytelling link him to the writing of Mary Boykin Chestnut. African American, anti-slavery activist, poet and educator, Charlotte Forten Grimke also provide a significant and rare record of a free black woman in the North during the antebellum period.
Next….WWII era diarists
For more on the art of journaling go to our how to page…. http://www.oberondesign.com/pages/all-about-journaling