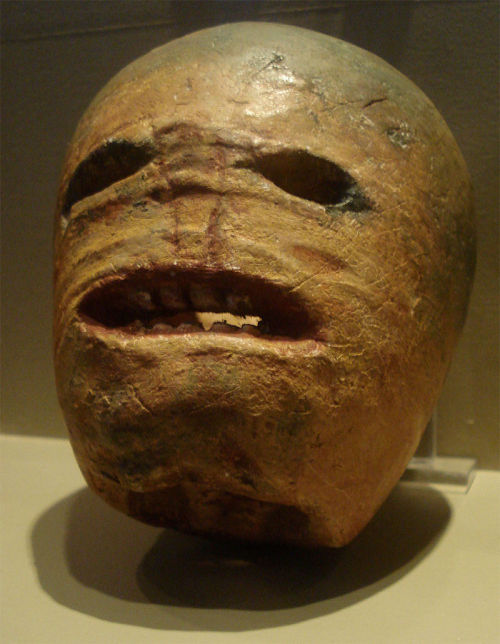 The History of Halloween

Halloween, much like other major holidays, have a historical origins that bear little resemblance to modern celebrations. Though we still practice many of the same rituals, we are oblivious to their original meaning.

The Halloween holiday dates to the 16th century when Gaelic and Welsh cultures celebrated holidays and rituals associated with celebrating the dead, events that combined pagan and Christian beliefs. Folklorists site the Roman Festival of the Dead, Parentalia (Days of the Ancestors) in which the Goddess of fruits and apples, Pamona, was celebrated with games, the possible origin of ‘bobbing for apples’ on Halloween, or the Celtic harvest festival Samhain, or Summer’s End (November 1st)  and their Scottish, Welsh and Cornish derivatives. The ancient Gaels held that on October 31st, the dead visited the living and therefore needed to be both honored and appeased. People donned masks and costumes as a way of mimicking, appeasing or disguising themselves from Aos Si, a supernatural race or “people of the mounds”, nature spirits, ancestors or malicious fairies or elves that coexist in a parallel universe and appear on Samhain. Harvest festivals involved Druidic bonfires that drew flying insects to its light, in turn attracting bats which became associated with the festival. When the celebration was over, Celts re-lit their home hearths with torches lit at the sacred Samhain bonfire. They believed this afforded them with extra protection against winter cold and starvation.

In the late 15th century the term Allhallowtide, a derivative of the Old English words, halig, meaning saint and tide referring to time or season; Allhallowtide or The Season of Saints. This ‘season’, October 31st thru November 2nd, is known worldwide in different traditions as All Saints’ Day, All Hallows Eve and All Souls Day and other cultural derivatives such as Dias de los Muertos or Day of the Dead (November 2nd) whose origins are independent of European traditions. Similar celebrations occur in Eduardo and in Guatemala where kites are a part of the festivities. In the Philippines the day is observed as a family reunion that includes a group visit to the cemetery to honor the dead and in Haiti, a similar event is referred to as The Loa of the Dead or The Lady of the Dead. In Mexico on Dias de los Muertos, marigold blossoms are scattered to guide the dead back to their earthy homes. In medieval Europe fires, known as soul lights, were used for the same result. . It was believed that the dead would rise in the churchyards at midnight for a danse macabre carnival-like celebration and that only the guidance of soul lights and visits to their human homes would temper their wild abandon.

Going door to door in masks and costumes also dates to the Middle Ages and the practices of mumming or guising, (singing and playacting in costume) associated with both harvest and Christmas festivities when peasants would go door to door ‘souling’, a form of begging in which the poor offered prayers in exchange for food or ‘soul cakes’. Shakespeare mentions ‘souling’ in his play, The Two Gentlemen of Verona, when one character accuses another of “puling like a beggar at Hallowmas.”  Modern Halloween festivities, in particular the custom of ‘trick or treating, was popularized in the U.S. by the flood of Irish immigrants that arrived as a result of the Irish potato famine of 1846. In parts of the Midwestern United States, Halloween is still referred to as ‘Beggars Night.” The holiday was thoroughly incorporated into American culture between 1920 and1950, though it remained controversial in conservative religious communities. Today it’s estimated that Americans spend $6 billion dollars annually on the holiday, second only to spending on the Christmas holiday. The celebration of the contemporary Halloween holiday has spread to Canada, the UK, Ireland, parts of Europe and Saudi Arabia.