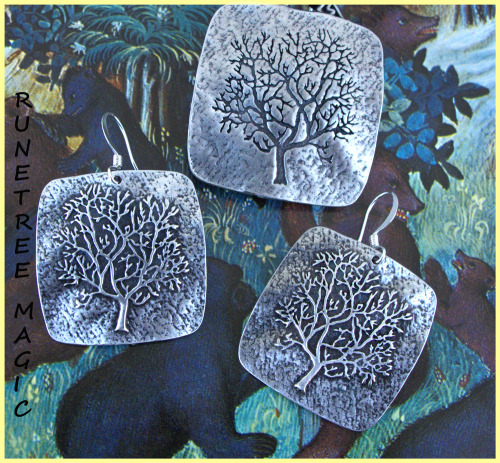 The use of the Runic alphabet dates from approximately 150 AD. Yet, their origins and original use are unclear. Early markings and symbols on Rune stones were not just used as a simple writing system, but more commonly as magical signs to be used as charms or prophesies. One of the first written references of their origin comes from the Hávamál, a collection of old Norse poems from the Viking age. In Norse mythology, the god Odin is the creator of Runes.

“That is now proved,
what you asked of the runes,
of the potent famous ones,
which the great gods made,
and the mighty sage stained…”

The use of Runes continued through Medieval times to the present, popularized again by the novels of J.R.R. Tolkien where they appear on dwarf maps in The Hobbit. Tolkien was to later use the Cirth, a rune-like alphabet created by Tolkien himself for The Lord of the Rings.