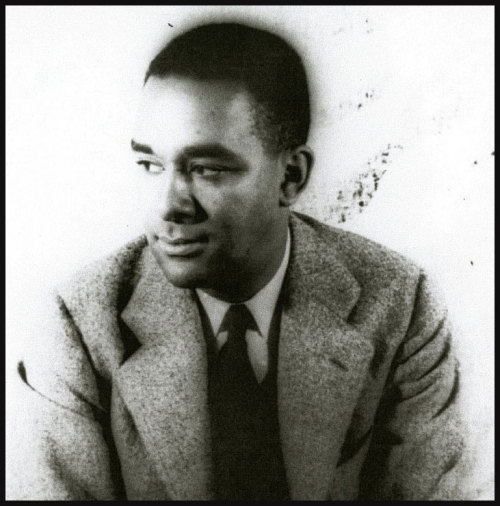 Richard Nathaniel Wright (September 1908 – November, 1960) was, in his time, a controversial writer, best known for his novel Native Son, published in 1940. It tells the story of Bigger Thomas, a young man growing up in poverty on Chicago’s South Side. After carrying the drunk white daughter of his liberal employers to her bedroom after chauffeuring her for the evening, he panics and suffocates her with a pillow, terrified of discovery when her blind mother enters the room. Of the novel, Wright said “I swore to myself that if I ever wrote another book, no one would weep over it; that it would be so hard and deep that they would have to face it without the consolation of tears. Native Son was dramatized for the theatre in 1941 with Orson Welles as director. In 1946 Wright moved to Paris after suffering one to many humiliations regarding his interracial marriage, becoming a citizen in 1947. A permanent expatriate he enjoyed friendships with Jean-Paul Sartre and Albert Camus. After coming under their influence he wrote his Existentialist novel The Outsider.

Wright, considered to be the most influential African-American writer of the twentieth century, in particular on race relations, was born on a Mississippi plantation, all four of his grandparents had been slaves.  His childhood was a hellish experience of displacement, starvation, violence and neglect. He enjoyed little schooling and never finished high school. A life long radical political activist and essayist, global traveler, and poet, Wright wrote over 4,000 poems in the Haiku form, he died young at the age of 52 from complications of reoccurring amoebic dysentery contracted in Africa. His books are still being read today as Americans come to terms with issues of racism and apartheid.