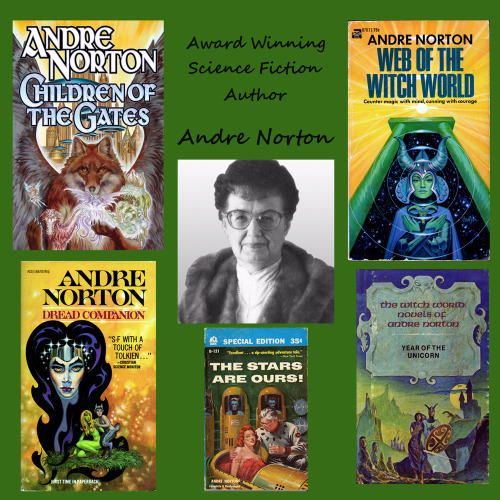 More interesting February Authors. Andre Alice Norton (1912-2005) otherwise know under the pen names Andre Norton, Andrew North and Allen Weston, was the first woman to be Gandalf Grand Master of Fantasy and first woman to be inducted by the Science Fiction and Fantasy Hall of Fame.
A career librarian, Norton began working as a reader for Gnome Press, a small science fiction publishing house in NY City. At the age of 46 she became a full time writer. She was twice nominated for the Hugo Award for her series Witch World, which included dozens of books.

In 1976, Gary Gygax, co-creator of Dungeons & Dragons invited Norton to be a contributor to his Greyhawk world. She subsequently wrote Quag Keep.
She was working on a sequel novel, among many other writing projects at the time of her death in 1976.