Hokusai: The Great WaveView all our Hokusai covers here:... 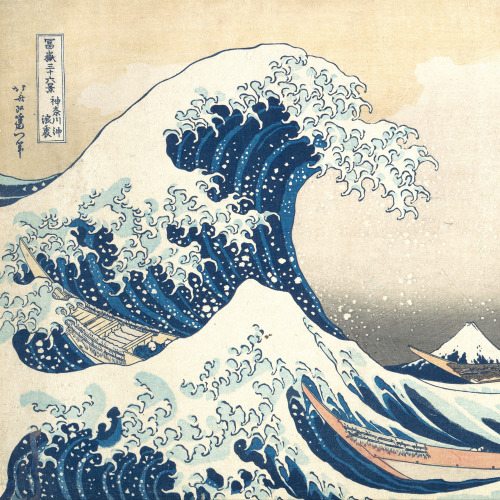 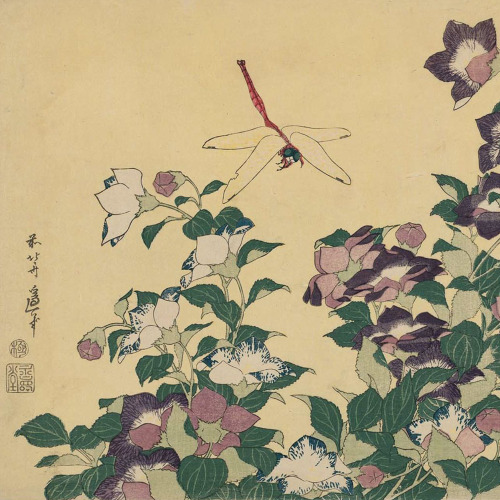 Born in Edo in October of 1760, the Artist Katsushika Hokusai was an artist and printmaker best known now for his woodblock series, Thirty-six Views of Mount Fuji. After an apprenticeship, Hokusai published the first prints of his art career when he was just 15 years old. By the time he was in his thirties he had begun to develop his distinctive landscape style.

It is said of Hokusai that the French Impressionist movement, so appreciated world wide, would never have occurred had French artists not seen his block print work on paper used to wrap commercial goods arriving in Europe. In Hokusai’s lifetime, Japan was still under the isolationist policy, Sakoku,  which mandated that no foreigners enter Japan and the no Japanese leave pass its borders on penalty of death. The first of Hokusai’s print’s entered Europe after his death. Monet, Van Gogh, Cassatt, Degas and Toulouse-Lautrec were all swept up in the Japoniste art esthetic. The simplicity, elegance and harmony of Japanese art excited Westerners in the architectural movements of the 1950’s and 60’s as well. Frank Lloyd Wright was a passionate Japanophile and a noted Ukiyo-e collector.

One of the curious and eccentric aspects of Hokusai’s career was that he changed his name at least 30 times, each new name representing a new style or learning era in his artwork. He died at age 89, one of the most prolific artists of his era. He said of his work, “From around the age of six, I had the habit of sketching from life. I became an artist, and from fifty on began producing works that won some reputation, but nothing I did before the age of seventy was worthy of attention. …. If I go on trying, I will surely understand them still better by the time I am eighty-six, so that by ninety I will have penetrated to their essential nature. At one hundred, I may well have a positively divine understanding of them, while at one hundred and thirty, forty, or more I will have reached the stage where every dot and every stroke I paint will be alive.” He is quoted as remarking on his deathbed, “If only Heaven will give me just another ten years… Just another five more years, then I could become a real painter.”