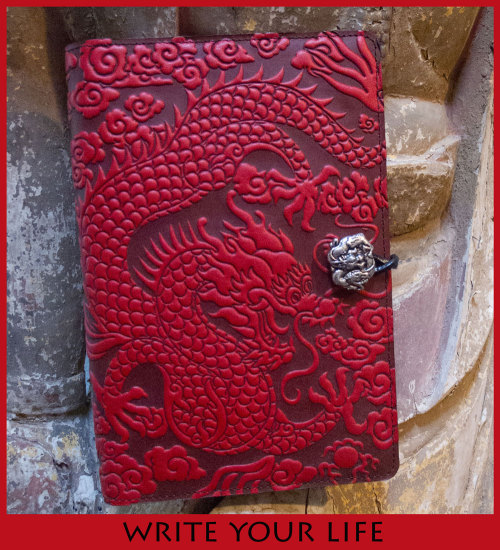 History of Journaling Cont…..
Dragon Journal: http://ss1.us/a/oAPnxX9V
Contemporary Diarists
In the 20th century diarists were still common. As the simple act of writing with pen and paper becomes rare, 21st century diarists are hard to locate, now categorized in the digital age as bloggers. However, there are still millions of journal keepers and a number of artists, naturalists and philosophers that keep written diaries or journals. Listed below are some famous 20th century diarists to research and read.
PETER BEARD: (Born 1938) Photographer, artist, diarist, travel writer is best known for his extensive photographic diaries, documenting his life in Kenya and New York city. His friendship with, and portraits of, Karen Blixen, (Isak Dinesen) author of Out of Africa, taken in his twenties, helped to advance his career at an early age.
ANDY WARHOL: (1928-1987) An American painter, printmaker, and filmmaker was a leading figure in the pop art movement. A cultural and avant-garde figure in the N.Y. art scene, Warhol’s diary, much like the famous Samuel Peyps, records the musing of a rather ordinary man documenting extraordinary times. The original diaries consist of 20,000 pages and was complied over an eleven year period. Warhol’s ‘come rain or shine ritual’ was to phone his secretary at 9:30 every morning. These observations, cultural and celebrity critiques and financial details of his art sales were recorded, transcribed and compiled for posterity.
FRANZ KAFKA  (3 July 1883 – 3 June 1924) most famous for his novella, The Metamorphosis kept a journal between 1910 and 1923, ending a year before his death at the age of forty. Like many journals that come to light, Kafka’s provides an insightful documentation of his home city of Prague during this historical period. However Kafka also recounts deeply personal depictions of his dreams, his relationship with his father and the woman he loved but never married.

SUSAN SONTAG (1933-2004) was an American writer, filmmaker, teacher and political activist. Her controversial essays on American culture mark her as one of the great intellectuals of the period. One journaling she wrote, “Superficial to understand the journal as just a receptacle for one’s private, secret thoughts—like a confidante who is deaf, dumb, and illiterate. In the journal I do not just express myself more openly than I could do to any person; I create myself. The journal is a vehicle for my sense of selfhood. It represents me as emotionally and spiritually independent. Therefore (alas) it does not simply record my actual, daily life but rather — in many cases — offers an alternative to it.”

AYA KITō (July 19, 1962 – May 23, 1988) was a 15-year-old Japanese girl who began writing a diary about her personal struggles and experiences while suffering from spinocerebellar ataxia, a disease that attacks the central nervous system. Her diary was published two years before her death at age 25 under the name, 1 Litre of Tears.
ALLEN GINSBERG (1926 – 1997) was an icon of the 1960’s beat generation and counterculture movements. An American poet and essayist, Ginsberg also had a profound influence on American culture in the areas of Buddhism and gender politics. His journals are compiled in two publications, one entitled Early Fifties, Early Sixties that illuminate the evolution of his personal philosophy in records of dreams, odd facts, incomplete poems and intellectual explorations. The Indian Journals document the year (1982-63) that Ginsberg spent in India exploring his passionate interest in Eastern religion and mysticism. It also contains the raw materials for some of his most important poems.

“CHE” GUEVARA  (1928 – 1967), was an Argentine Marxist revolutionary, physician, author, intellectual, guerrilla leader, diplomat, and military theorist whose legacy is controversial at best. A major figure of the Cuban Revolution, his stylized visage has become a symbol of rebellion within popular culture. His journals provide an intimate glimpse into the evolution of his communist political belief system and passionate advocacy for the poor.

SYLVIA TOWNSEND WARNER (1893 - 1978) was a writer, musicologist, poet, diarist and political journalist among other things. Considered, witty brilliant and under appreciated historically, Warner was a groundbreaking feminist and lesbian writer. Her Diaries, entitled, The Diaries of Sylvia Townsend Warner, cover the years 1927 under her death in 1978 and include entries full of personal details on everything from her garden, pets and philosophy of friendship, love, loss, death and war. Her diaries reveal a striking portrait of the workings of a writers mind.