For Vincent Van Gogh Lovers! A new photograph has emerged that... 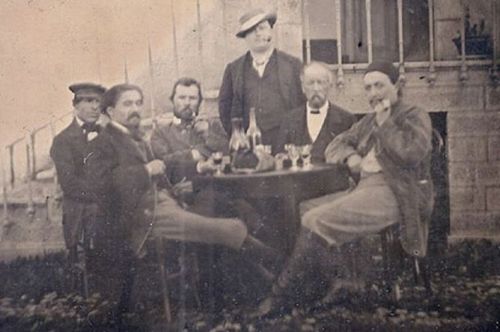 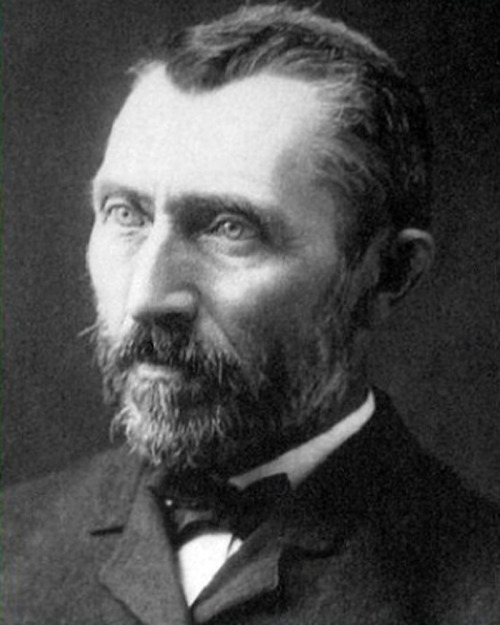 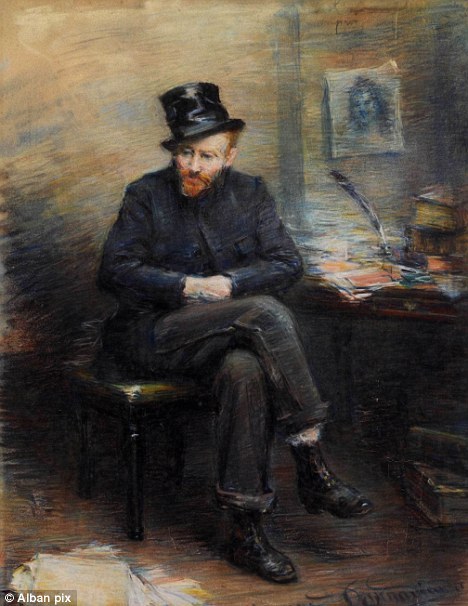 For Vincent Van Gogh Lovers!
A new photograph has emerged that claims to show Vincent Van Gogh (3rd from left) sitting with fellow artists, including Paul Gauguin
(first on the right). Every know photo of Van Gogh is contested by someone, Van Gogh was notoriously camera shy, especially the strict and stuffy Van Gogh Museum who refuse to recognize any as authentic. The second photo here, showing the mature Van Gogh has been authenticated by some serious experts but still disclaimed by others. Neither newly discovered photo reflects what the last living person, Jeanne Calment,  to have actually known Van Gogh descibes, however a newly discovered pastel portrait by neighbor and fellow artist, Jeanne Donnadieu entitled, “L’Incompris” (The Misunderstood) perhaps captures Van Gogh’s true nature best. “ Born in 1875, Jeanne Calment had the longest confirmed human lifespan when she died in 1997 at 122. She lived her life in Arles, France, where van Gogh spent time in 1888. During that year, Van Gogh came to a shop Calment’s uncle owned to buy paints. Calment later described van Gogh as "dirty, badly dressed and disagreeable."Calment was 12 or 13 at the time and, according to a New York Times obituary, also said van Gogh was "very ugly, ungracious, impolite, sick – I forgive him, they called him loco.” Read more here about all know photos: http://alexderavin.blogspot.com/2015/06/photographs-of-vincent-van-gogh.html