Charlotte Bronte: 200th Birthday of the creator of Jane Eyre!Two... 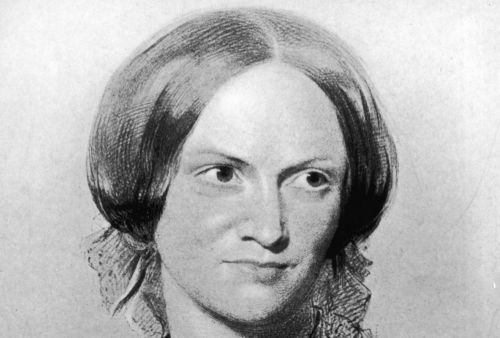 Charlotte Bronte: 200th Birthday of the creator of Jane Eyre!

Two new biographies were released this spring, one on Charlotte Bronte, author of Jane Eyre, in anticipation of the bicentennial of her birth this year (Charlotte Bronte: A Fiery Heart by Claire Harman)  and one on the American poet Emily Dickinson (A Loaded Gun: Emily Dickinson for the 21st Century by Jerome Charyn). Neither writer ever met or corresponded but interestingly, both shared many qualities that make them kindred spirits.

The Quiet Rebels:
Picture two Victorian women living in isolation, Bronte’s geographical, on the isolated moors of Yorkshire, and Dickinson’s, self enforced in Amhurst, MA. They live in an era that predates electricity, telephones, antibiotics and recorded music. Both are small, plain, dutiful daughters of remote, authoritarian fathers and invalid mothers. Both suffer from poor eyesight, nervous conditions and frequent ill health. Each is spirited and passionate by nature, but view their chance of marriage as slim. In the absence of any romantic outlet, they struggle to adapt to solitude and pour disciplined, devotional energy into writing; both write in secret.

Each yearns for connection, engaging in avid correspondence with friends and fellow writers. Both profess to “live for letters”, often the only avenue of communication within their peers and social sphere. Each lived through a time of social and political upheaval. Bronte was writing during the Industrial Revolution in England, and the Potato Famine in Ireland; both her father and husband were Irish. In her town in Yorkshire in the mid 1800’s, life expectancy was 25 years of age. Dickinson has been called ‘The Poet of Dread’. The bulk of her poetry was written during the Civil War, a war in which, at the battle of Gettysburg alone, over 46,000 men were killed, and many thousands wounded and maimed. For both writers, death was omnipresent. Dickinson nursed her invalid mother for thirty years and Bronte, her siblings and father. Each rebelled against the rigidity of fundamentalist religion and were attracted to supernatural themes, and each a fervent advocate for human rights and keen observers of nature. Dickinson excelled as a baker and gardener and Bronte as an artist. Both experienced numerous, unrequited love affairs with married men.

Though very different in character, Bronte and Dickinson cultivated passionate inner lives through the act of writing, often in predawn or late night hours, after a long day of nursing and household duties were satisfied. Here, in the private realm of paper and pen, these visionary, literary pioneers fearlessly explored what it means to be human, a woman, and a writer.

For 165 years, Bronte’s novels: Jane Eyre, Shirley and Villette, have inspired readers, writers and now filmmakers, world wide. Written nearly 120 years ago, Dickinson’s language and her life, have fascinated generations of poetry lovers, scholars and musicians. The mystique of both these courageous writers is still flowering, and the originality of their authentic and influential voices live on.