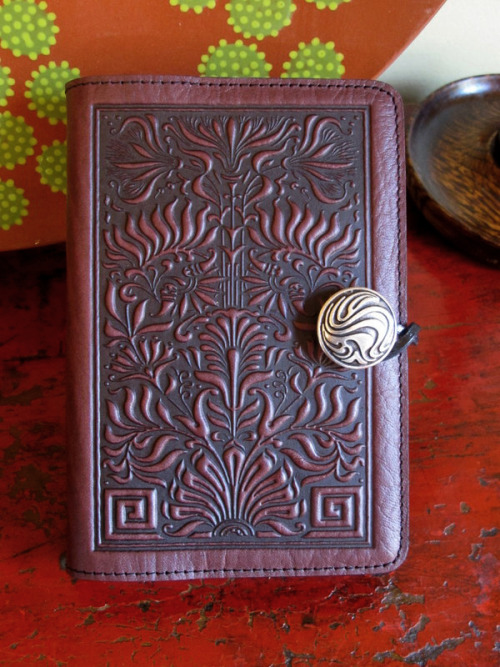 Working during the Art Nouveau period at the turn of the 20th century, Beardsley was a member of the Aesthetic movement that included
poet and playwright, Oscar Wilde. At Oberon Design we became interested in Beardsley book art illustrations and have used several in our catalog of images over the years, in particular his illustrations for the book, Le Morte d'Arthur by Thomas Malory. Beardsley’s work was heavily influenced by the work of Toulouse-Lautrec, and Japanese wood block prints that began to surface in Paris at that time. Photo: We developed this Art Nouveau stylized thistle image from a Beardsley bookplate design. http://www.oberondesign.com/collections/oberon-journals