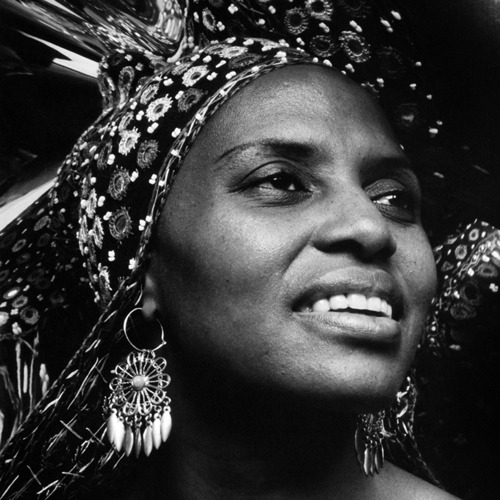 Born in 1932 Miriam Makeba was banned from her homeland of South Africa in 1960 for her anti-apartheid and civil rights work. After a touring in Europe she met the American singer Harry Belafonte who ultimately helped her create a successful career in the United States. Once here, she earned the title Mama Africa at home and abroad for her to raise awareness about apartheid issues, appearing several times to speak before the U.N. council.  Later in her career she participated in the Graceland Tour with Paul Simon in the late 1980’s and in the 1990’s she toured with Dizzy Gillespie and appeared in numerous films. On the release of her old friend Nelson Mandela from prison, her exile from South Africa was reversed and she returned home to work with Child soldiers and children suffering from HIV/AIDS. She died in 2008. Click below to watch a youtube clip of Makeba performing in a Berlin jazz club in 1961.