CELEBRATING ASTRONOMYHave you been taking time to observe the... 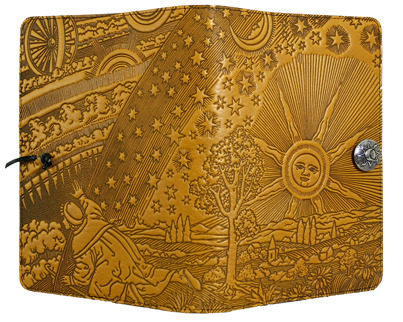 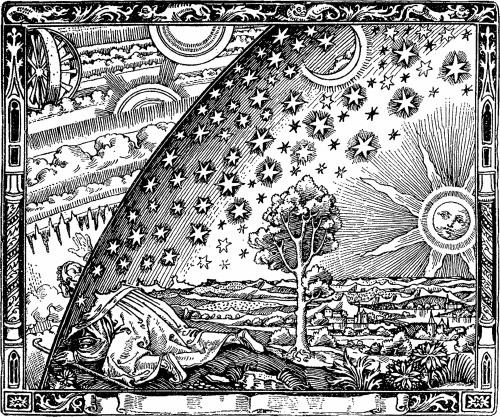 CELEBRATING ASTRONOMY
Have you been taking time to observe the night sky this summer?
Read about French astronomer Camille Flammarion and his connection
to the Roof of Heaven image.

Camille Flammarion (26 February 1842 – 3 June 1925) was a French astronomer that maintained a private observatory and authored over fifty books. It is therefore appropriate that he was also the founder of Groupe Flammarion publishing house, publishing books on astronomy, spiritualism, and the possibility of extraterrestrial life. He also wrote popular science fiction novels and published an astronomy magazine, L’Astronmie. It was in this magazine that, what has come to be known as, ‘The Flammarion Engraving’ first appeared. The engraving has never had an attribution to any artist. However, scholars speculate that, Flammarion, apprenticed to an engraver as a young boy of twelve, was probably the created the image himself, influenced by illustrations in Sebastian Munster’s 1544 book Cosmographia.

Flammarion was influenced by the great thinkers and social movements of his period, Darwin, Lamarck, spiritualism, and new thoughts on biology, anthropology and archeology. He has been defined as astronomer, mystic and storyteller who was fascinated with the possibility of life after death and the existence of other worlds.