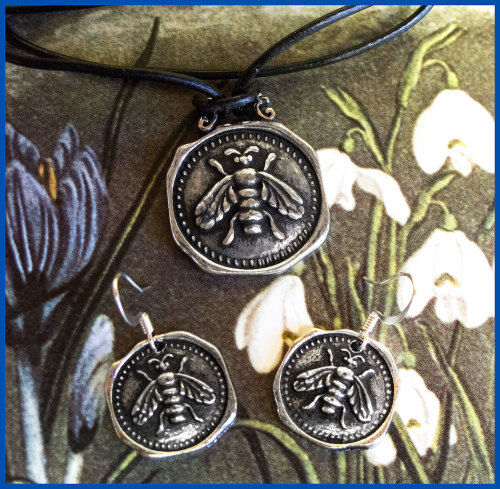 Apiculture or human beekeeping has been practised for millennia. Archeologists find evidence in Ancient Egypt and Ancient Greece but believe the practice of bee keeping began much earlier. Apart from honey and pollination, honey bees produce beeswax, royal jelly and propolis. Bees are also apart of ancient mythology and folklore. In ancient Greece, in the temples of Artemis, Aphrodite, Demeter but also of Cybele, Diana and Rhea, acolytes or priestesses were called the Melissae, meaning ‘the bees.’  The Goddess as the Great Mother was sometimes titled Melissa, literally, ‘the Queen Bee.