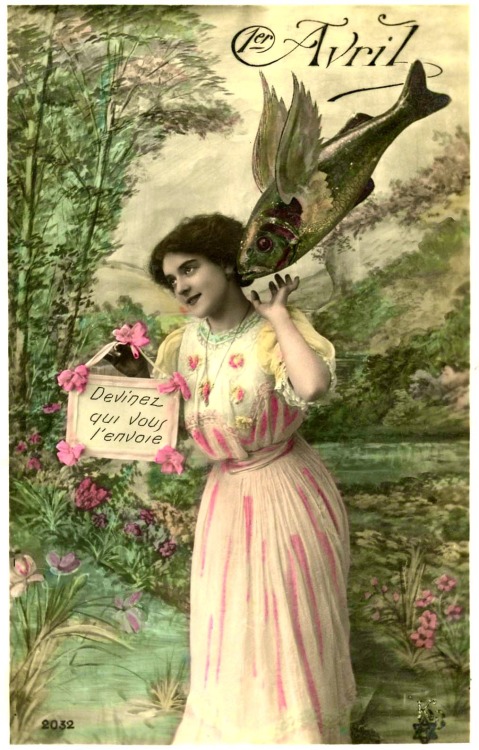 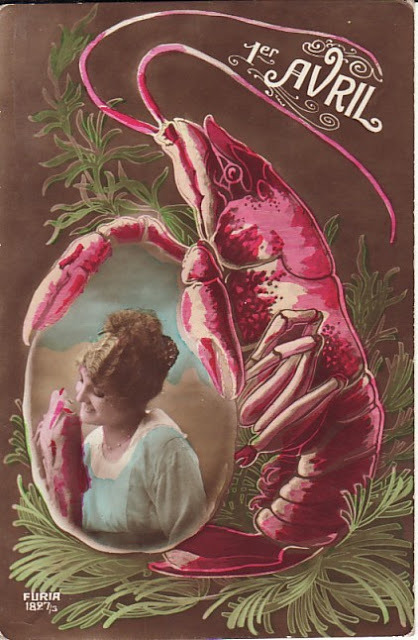 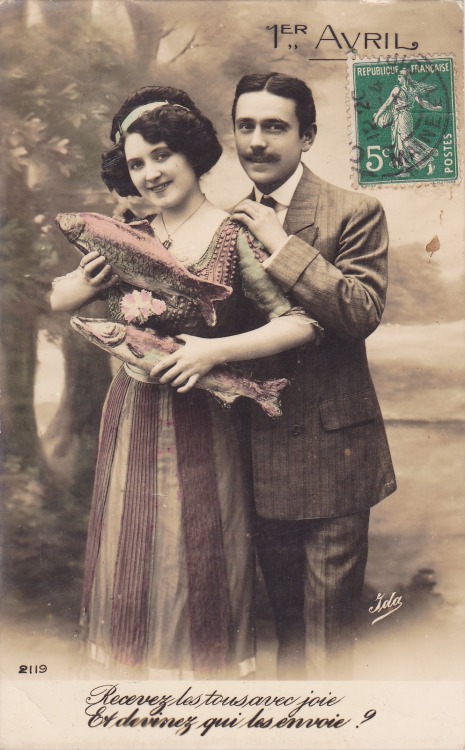 APRIL FOOLS or APRIL FISH TO YOU TOO!!

In Italy, France, Belgium, and French-speaking areas of Switzerland and Canada, the April Fool’sl tradition is often known as “April fish”
(poissons d'avril in French). This includes attempting to attach a paper fish to the victim’s back without being noticed. In these countries many late 19th- to early 20th-century French April Fools’ Day postcards featured funny fish themes.