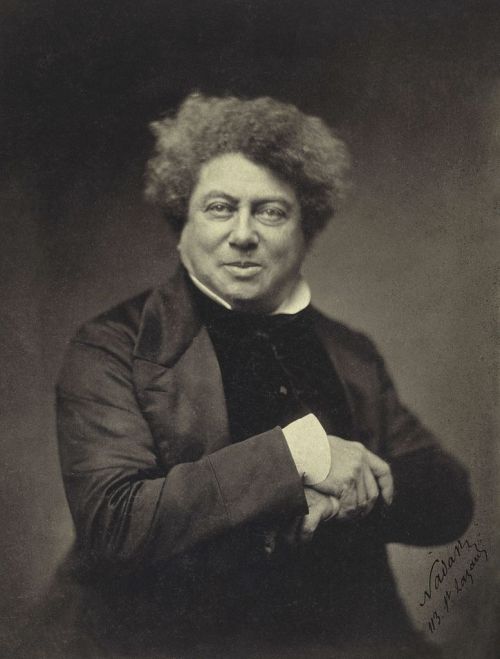 Love a rollicking adventure story? Alexander Dumas, author of such long standing popular stories as The Black Tulip, The Three Musketeers, The Count of Monte Cristo, The Man With the Iron Mask and Queen Margot. Translated into 100 different languages, Dumas’s popularity as a novelist was bolstered by his work as a playwright, travel books and aristocratic connections. Dumas was considered exotic due to his mixed-race ancestry. His grandfather was a French general of Haitian descent and his grandmother an African slave. Dumas’s own father died four years after Alexander Dumas was born but his aristocratic connections enabled him to be taken from Haiti to France to be educated in the military, ending in a very successful army career. Political changes and movements of which he was a part and his astute sense of marketing, placed him in a position to make his way as writer and his military training and experience made stories of Musketeers and political intrigue (Cristo and Iron Mask)  convincing and realistic. A man of huge appetites, Dumas overcame his mixed-race disadvantage by becoming ‘a personality’. He was famous for his affairs (scholars estimate the number of his mistresses at 40) his food intake was renowned and his prodigious writing output of 38 books, 11 serialized magazine stories and a large number of plays and dramatizations, make him one of the most prolific writers of his time. His friend, the English playwright, Watts Phillips, described him as, “….the most generous, large-hearted being in the world. He also was the most delightfully amusing and egotistical creature on the face of the earth. His tongue was like a windmill – once set in motion, you never knew when he would stop, especially if the theme was himself.”

Popular Alexander Dumas stories have been made into films: Queen Margot (1999) The Man with the Iron Mask (1998) The Count of Monte Cristo (1995) (2002) a huge variety of Three Musketeer films including a recent mini-series The Musketeers (2013).